The Power of Silence

Only few people outside. Hardly any cars on the street. Unusual silence. If it didn’t sound cynical: almost like Christmas Eve in the hours before the distribution of presents – just as it used to be.
Anyone who still moves around the city now walks purposefully, but without any noticeable haste, yet concentrated. Eyes lowered, as if to avoid eye contact. Completely with oneself, arrived in a state of internalization – one could think.

When will the distribution of presents start?

From 1630 the Dutch fell into a collective tulip madness. The bulbs became a collector’s item. Prices rose. Fuelled by commercial trade they skyrocketed. And in 1637 they collapsed completely. Merchants rubbed their eyes in amazement and asked themselves: What were we counting on? Precisely: a hope that turned out to be unfounded. Tulip fever, the first burst of a speculative bubble in world history.
Since then more feverish bubbles burst. The collapse of the Lehmann Brothers was a result of one, as was the exaggerated and bloated swine flu or SARS epidemic.
Living in a world of bubbles – right now something is bloating up again, indeed worldwide, and is taking off in a breathtaking way. Logically in the Twitter society. Everybody is twittering something, everybody wants to be heard. The result of the chirping society is a media tsunami. Now curfew is threatening.

What kind of gift is that? 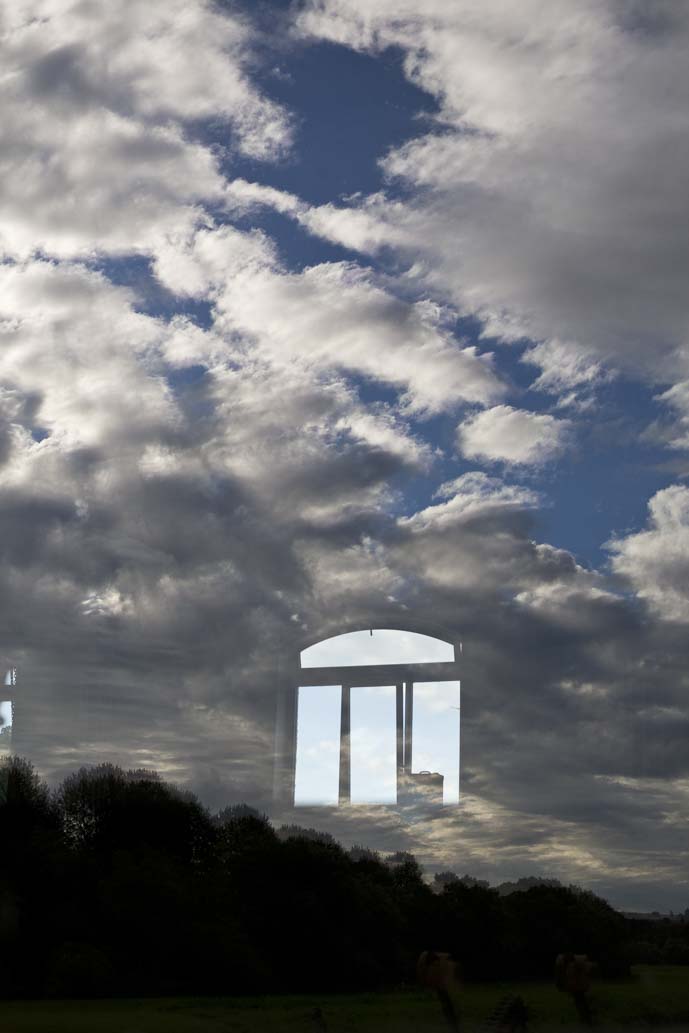 In times of hardship people are moving closer together, goes the saying. That was yesterday. In the crisis now, people should move apart, experts say. And this doesn’t seem like a very much-needed gift.
“Keep your distance,” warn the virologists and lecture on the mathematics of infection: an exponential increase in infection. Unstoppable, to be mitigated only by slowing it down, so as not to overstrain health care systems. A fight also against numerical curves and negative expectations.

I have no idea how dangerous the SARS-CoV-2 virus really is. That’s what doctors are arguing about. But a great many people have the feeling, that they are in danger. And this feeling is a reality. Even if fear is inappropriate, as long as it is there it is real.

Assuming that the statements of some critical doctors are correct: 10 to 15 percent of all influenza infections are due to corona viruses and some influenza waves of recent years have been much deadlier than Covid-19. According to estimates by the Robert Koch Institute, 25,100 people died in Germany during the flu wave at the turn of the year 2017/2018. If I remember this correctly, not all flu patients rushed into the emergency rooms at the same time. As harsh as that sounds: in 2017/2018, far less fuss was made about the possibility of death from flu. People died more naturally, and therefore more peacefully and naturally.
What can now be observed: a technocratic revolt against death. It could be that those involved in it are just learning how pointless and harmful this really is in the long run. The world in lockdown. A complete lockdown of daily life. In any case, the world economy will chew on the consequences for a long time to come.

Is that really appropriate?

Assuming that the critical doctors are not wrong, what would be the consequence?

Firstly: All those who have oraculated that Corona will be one of the most terrible epidemics of all time, a global pandemic — these people, especially the virologists, cannot say now: „Sorry, a misconception! Our announcements of a looming desaster crushed billions of US dollars and euros, but, we are so sorry, it was a mistake.“
That’s another disadvantage of our well-connected chirping society: When an error has reached a certain size, it is absolutely necessary to stick to it, because otherwise you go down with the truth.
But is all the excitement an error? Closed borders, quarantine and social standstill — for nothing?
That may have been what Iranian politicians initially thought: Corona? A hype of the West, we’d better let the wave rush through, ebbing away all by itself. If I am correctly informed, this has proved to be a misjudgment.

Which brings me to point two: That doubts about the proper assessment of crisis management are not an invitation to irresponsible personal behaviour. In order to protect others, we must now keep our distance and not deliberately continue to shorten resources. The categorical corona imperative.
That, I think, is what anyone can do. Everything else lies in a kind of fog. Stock exchanges and stock exchange products have become so complicated that even insiders are no longer able to fully understand them. The corona wave and its accompanying phenomena are probably so complex that even experts can no longer measure the viral mechanics in terms of social infection and consequences. In order to hide this, they do anything (or at least something) to pretend to be masters of the situation. Could be that the outcome of this megalomania will be a not so nice gift.

The world, it seems, has a growing longing for change. Climate change, rampant capitalism, uninhibited consumption — who hasn’t complained about these things, talked about great concepts for rescuing the world and yet practised ignorance by means of own small escapes.
On the verge of coronary excitement completely new possibilities are opening up in this matter. Uninhibited consumption? Currently inhibited. Capitalism? Currently on a crash course. Climate change? Worldwide cancelled flights are quite helpful in this matter.
I think the desire for change is growing these days. Could be that this longing is soon greater than the hope that everything will stay the same.

“That’s why Corona’s approaching,” a friend of mine recently said.

“Uh”, I replied and pointed out that in this context one should rather speak of “landed” and “arrived”. We might have overslept the start of the epidemic.

“So you became one of the pandemic trumpeters too,” she said, laughing and asked: “Don’t you find it striking? People are getting older all over the world. Statistically speaking, life spans are getting longer and longer. The so-called ageing of society is considered a central problem of welfare states. Who will pay the pensions of the many old people? And then some new virus comes along and hits the elderly. The young, as you can read everywhere, usually have no problem with Corona at all. I know. Sounds cynical. But don’t you find it odd?”

Odd in what sense? I don’t see strange coincidences as an invitation to jump on conspiracy theories. I personally don’t think, anyone has created the new coronavirus SARS-CoV-2 on purpose. Who would be the beneficiary? It harms most likely the elderly. Meaning: The ones in power.
As an accelerator of necessary change, as cynical as this may sound, it could at least prove helpful.

A silence like Christmas Eve before the distribution of presents. We sit at home waiting for the moment of exchanging the gifts.
What is the real gift in this situation?
Even as a child, I loved the slowdown that could already be observed in the early hours of Christmas Eve. I wandered through the streets of our neighbourhood and absorbed the special atmosphere. Because in those years there was mostly snow, my steps crunched and a joyful expectation rang in my head like Christmas bells. Today, I know that this experience was the real gift.
Suddenly it is spring in Berlin. A beginning of spring like I have never experienced before. To say I’m enthusiastic about it is wrong. But there is a fresh breath of new beginnings in the air. And the thoughtfulness and inwardness I notice in other people is certainly helpful to transform this time of change into a gift. Could be that this is the beginning of a new mindfulness and the birth of a healthier consciousness.

I am writing this in the hope of having found a suitable voice. Aware of the growing plight in hospitals. Full of sympathy for the heroics of nurses, MTAs and doctors. Exhausted by long, often endless shifts, they have to realize that their working hours will be extended through the crisis. But that’s another story.